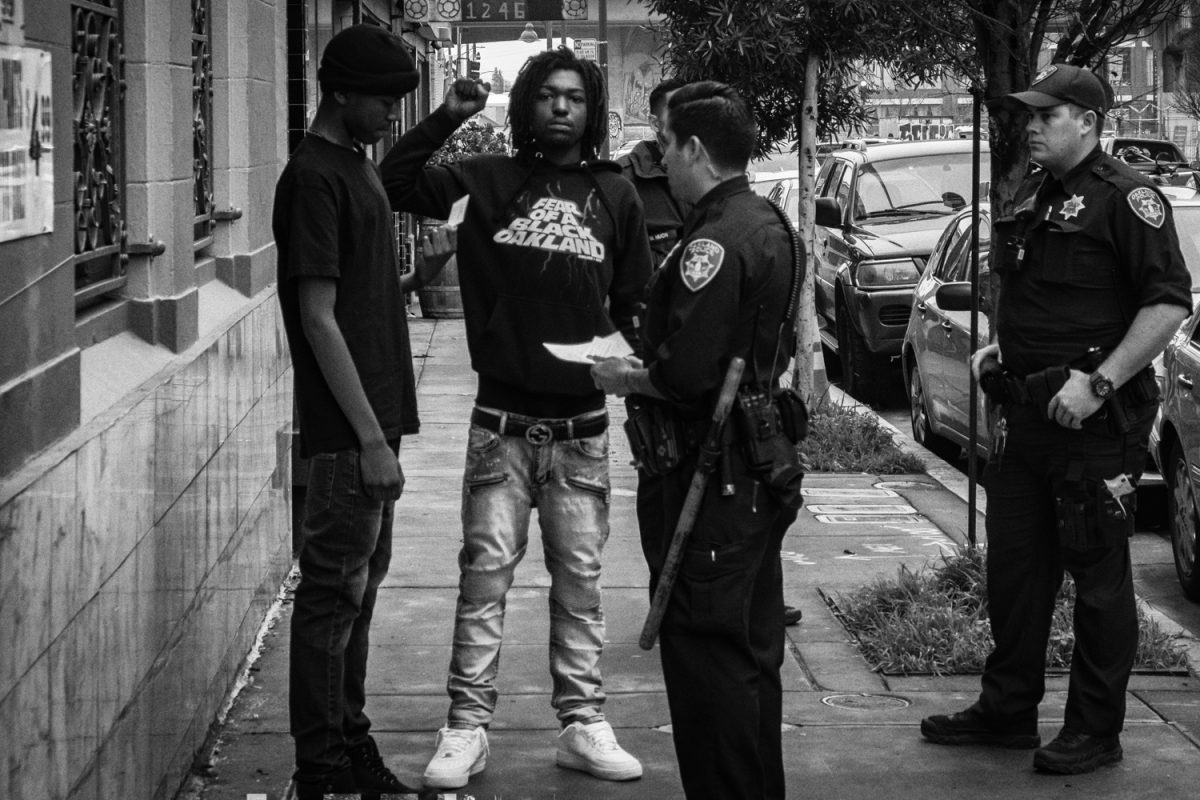 While many of you are watching the Super Bowl today, I’m reflecting on the experiences of friends and the people I met and photographed this last week. These experiences are not unique to people of color across the country, reminding me of why Colin Kaepernick decided to take a knee and continues to fight for justice for communities of color, costing him his career.

In the span of one week in my community, a friend, Adrian is fighting for accountability after a Vallejo Police Officer gave him a concussion on his own front porch, a community of unhoused people were evicted under the watchful eye of the Oakland PD with no long term options for housing, health care or safety and two young Black men in Oakland were accused of stealing and harassed by police officers while walking down the street.

This all happened within my community this week. One of the young men I photographed while being harassed by police reached out to me after the incident and shared his thoughtful view on what this is doing to his community:

Good morning, Mr. Amir Saadiq this is Bruce. I was one of the young men being held by police yesterday on international. I just wanted to further follow up and let you know we were contacted by the Sargent and he did not clear up exactly why we were being harassed. He further went on to say there was an ongoing felony that they were investigating and apologized for how his officers conducted business. This goes to show that when the police detained a lot of young men in our city, they are not certain if they have the right person, this is destroying our city, and taking away the values of what it means to be a citizen in our country.