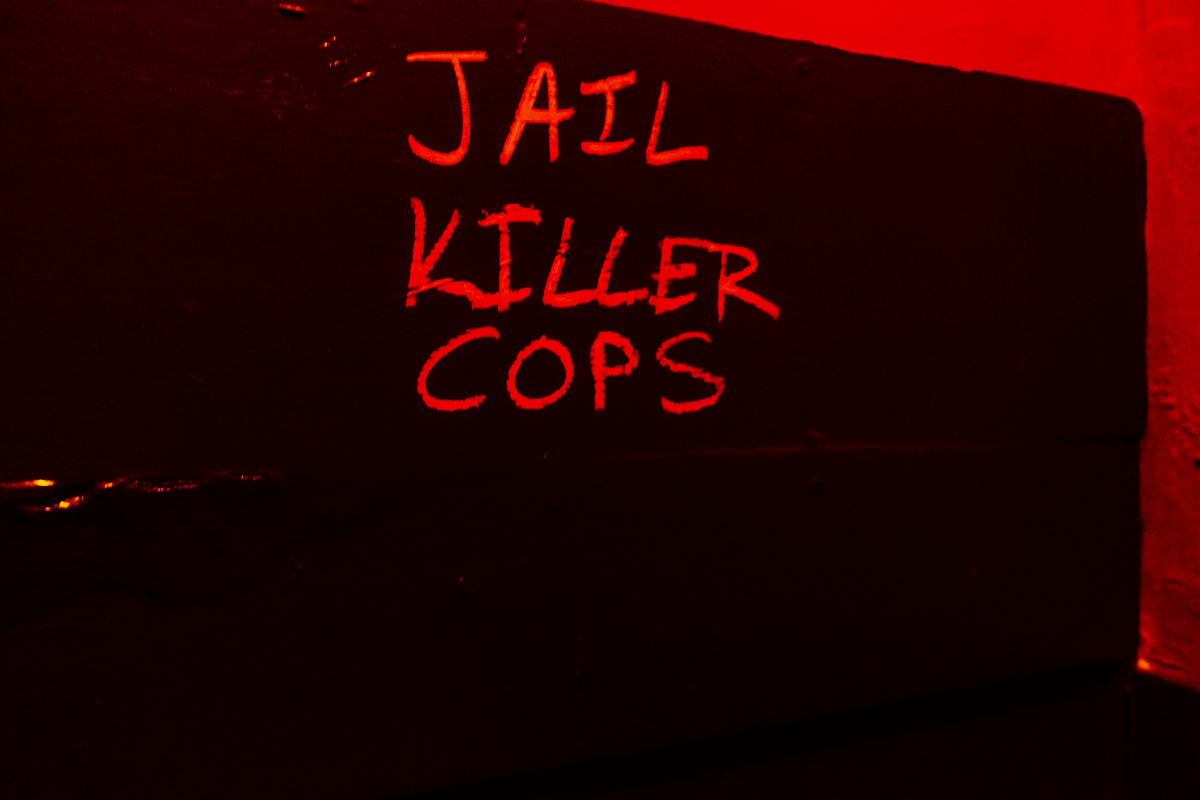 Sunday was the “3rd Annual Day of the Execution”, a vigil for Mario Woods in San Francisco’s Bayview neighborhood. Mario Woods was shot and killed by San Francisco police in 2015. Since Mario’s execution by the SFPD, 2,942 people have been killed by police in the U.S. Mario’s mother Gwen preferred the words “execution” and “annihilation” when describing death at the hands of SFPD and the outrageous number of deaths of People of Color across the country.

Gwen Wood’s descriptions are appropriate when you consider that across the United States police departments are killing an average of 1,000 people a year, with Black men being 9 and 16 times more likely to be killed by police. While the statistics are beyond grim, the lack of justice for the victims and their families is unbelievable.

Police are rarely convicted. The National Police Misconduct Reporting Project reports that police are convicted at half the rate of the public. “33 percent were convicted, and 36 percent of officers who were convicted ended up serving prison sentences.”

This lack of justice and lack of opportunity for healing is what Gwen Wood’s may have meant on Sunday when she suggested that, “We need our own Wailing Wall to wail for justice.” The Wailing Wall or Western Wall in Jerusalem is a place of prayer for Jewish people, where people pray, cry and acknowledge their centuries of mourning. Like The Wailing Wall, the vigil is a place for mourning, but is also a platform to demand criminal justice reform and justice for victims and their families.

The tragedy is that prayers and demands are not being answered and instead of justice an average of 3 more people will be killed by police today.